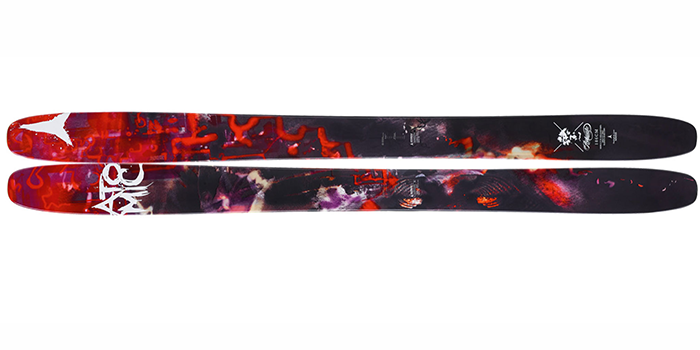 When Atomic set out to build the newest and best powder ski on the market they knew it had to be different but it also had to perform like no other ski to date. The New Atomic Automic is that ski. Its like the Bent Chetler but the rocker profile is shorter which means you have more running surface on the snow. It also means it holds speed, holds on the steeps and doesn’t spin out when you try and stomp your landings. There is more beef in crud and moguls. This ski was with me for a week in Whistler last season and it dominated every line I took it down whether raging or simply cruising and putting it to the test. MAny times a new ski with have a flaw or two and the changes or tweaks will mean a better platform for the following season but that is not the case with with design. There is no doubt that this ski for a all mountain skier who prefers to be in the trees and in the chutes and seeking deeper fresh lines will think of this as the best ski in the line up. If you like skiing switch in snow this isn’t for you but if you are a traditional skier who likes skiing face first down the mountain there isn’t much point in looking any further or trying anything else!

Flesicher Sport has this ski in its demo line for rent in Steamboat Springs and we sell it too!

Are You Jonesing? Life After Snow Melt

The Canyon, are YOU ready?

We want to wish everybody a HAPPY NEW YEAR! #happy

From all the Fleischer Sport family we want to wis

Enjoy a great #apresski with us and and a refreshi

See it all with @dragonalliance LUMALENS technolog

How’s our friend @steven_nyman doing during the